An output produce by Principal Components Analysis that shows the weighting of variables to be used when computing saved variables of the components.

In the example presented on the main Principal Components Analysis page, the following component score coefficient matrix is computed. A variable representing the first component is then computed as:

The resulting variables which represent each component are then commonly normalized. 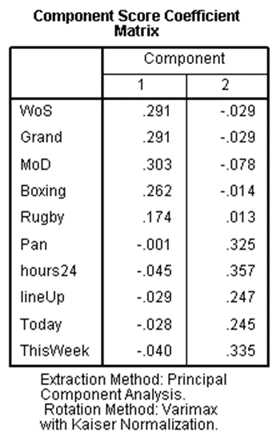