Where you have a table where the columns represent different categories (e.g., different ages), you can present statistical tests comparing the results of each row between the columns by selecting:

The results of the statistical tests are shown by letters, as shown in the example below. 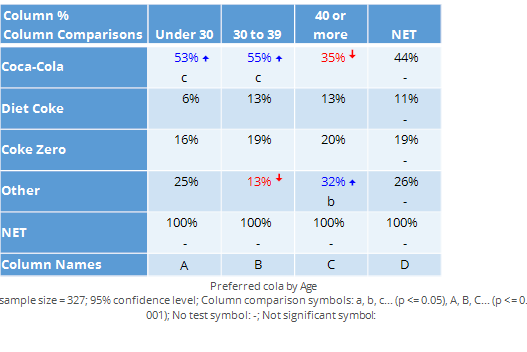 The letters are interpreted as follows: